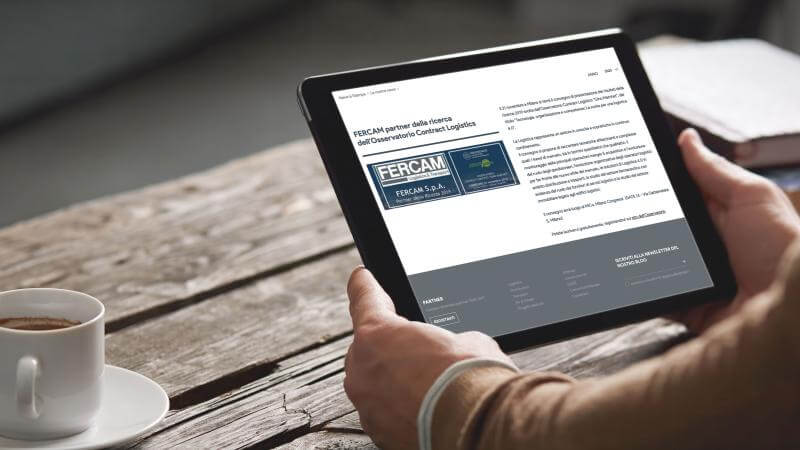 This year FERCAM Tunisia celebrates 10 years since its first opening! In September 2012 the first FERCAM branch of the country was opened in Rades, port delegation of the capital. Since then, thanks to constant commitment, the company has never stopped growing and collecting successes.

It was September 2012 when FERCAM Tunisia was inaugurated in Rades, the port delegation of the capital Tunis. This was the second FERCAM opening in Africa’s Maghreb region, following the first branch opened in Tanger, Morocco.

Tunis has always played an important role in the commercial exchange and transit of sea traffic. But it is the expertise of the dedicated team that has allowed FERCAM over the years to establish itself as a highly reliable logistics operator in the connections between North Africa and Europe, and beyond.

In 2011 Tunisia saw the Jasmine Revolution, a series of popular protests which was followed by radical changes in the country's economic situation. The young democracy in the post-revolution years therefore found itself in a period of transition. In 2014, starting from these moments of reorganization at national level, Laura Zinolli, Country Manager of FERCAM Tunisia, began to play a key role in the development of the Branch's activities.

«I had worked in the field of transport, and in particular on Tunisia, for 30 years. When I arrived, the branch was very different, and I can’t say that the first few years were particularly easy. For the staff, seeing a woman, instead of a man, taking the manager role was at least unusual. But little by little I managed to gain their respect and support. Thus, we were able to set up what we have today: a branch that has never stopped growing and bringing us great satisfaction», says Laura Zinolli.

This positive development was also highlighted by the emergence of the need to expand the plant in 2017, so as to be able to take advantage of a larger area, and to integrate a new bonded warehouse. Previously, in fact, for the advice and management of partial shipments (LCL) it was necessary to rely on an external warehouse, which had limited access hours. Now, however, these practices are managed one hundred percent internally: a significant milestone, given the geographical position of Tunisia and the commercial nature of the operations carried out.

Thanks to constant commitment and growth, the company celebrated the opening of a second site in 2021, a few kilometres away from the first headquarters. This is to provide space for a team that has now doubled in number and make improvements to the organizational structure: in the new headquarters, in fact, the administrative, commercial and accounting offices are located, whereas the operational forces for Import and Export are in the pre-existing offices. Another novelty was the addition of a parking area for our fleet and a garage for minor maintenance work.

«Today even the Italian Cultural Institute relies on us for transport solutions, thanks to the professionalism that our company has been able to demonstrate. I was also elected as a member of the Board of Directors of the Italian-Tunisian Chamber of Commerce, which is a great commitment, but gives us major visibility. I am often in meetings with ministers, with the Italian Embassy and therefore we can also talk about the problems of the sector. When Italian ministers are visiting the country, we are also invited. I am proud to say that after 10 years everyone knows the name FERCAM in Tunisia!», concludes Zinolli.